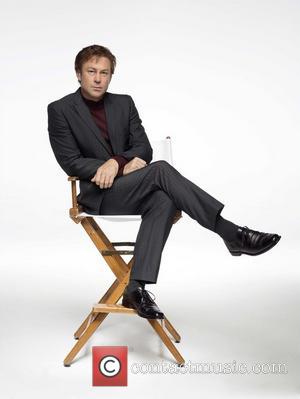 The work keeps flowing in for Lindsay Lohan, now that she's officially out of trouble with the law. The troubled movie star has ended her probationary terms and now appears to be back in full-on work mode, as the Hollywood Reporter break the news that Lohan is set to appear in a new movie written by Bret Easton Ellis, entitled The Canyons. The movie has been financed by the fan-funding site Kickstarter and will begin filming next month.
Lohan will star in the movie alongside the adult movie actor James Deen. Deen once won a porn industry award for 'best unsung swordsman.' In the movie, he plays the role of a "manipulative trust-fund kid" dreaming of making a movie. Lohan plays the role of his girlfriend, addicted to her materialistic way of life. The Bret Easton Ellis movie is a tale of "sex and crime" amongst a group of 20-somethings, set in Los Angeles. Paul Schrader is on board to direct the movie.
The author posted a message on his Twitter feed, confirming Lohan's involvement in the movie, saying "Shooting The Canyons starring James Deen and Lindsay Lohan: July 9-31 in L.A. Could not have dreamed of a better cast. Lindsay nailed it..." Lindsay is currently playing the role of the late Elizabeth Taylor for a forthcoming biopic about the Hollywood star and her turbulent relationship with RICHARD BURTON.