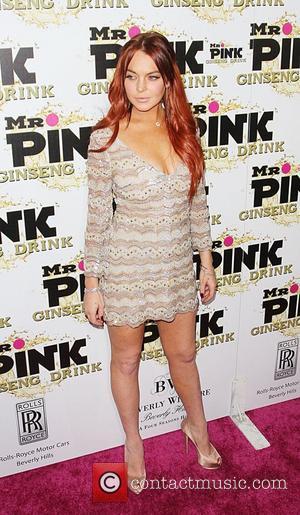 Lindsay Lohan's priorities have, for some years, been something of a mystery. She prioritised drinking over safe driving, she also managed to de-prioritise that odd tradition commonly known as paying-for-stuff when she stole a necklace from an LA jewellers, and recently on Twitter she prioritised tax breaks for people “listed on Forbes as 'millionaires'”. One might think this was a joke, however, she confirmed her change of political heart this week when she told reporters, published on Newsday.com, that “as of now” she would be supporting “Mitt Romney... as of now.”

This is a huge turn around from the 2008 elections in which she ardently supported Barack Obama's campaign. She even requested to volunteer for the campaign, but was rejected because, as one Democratic Aide said, she's just 'not exactly the kind of high-profile star who would be a positive for us' (DailyMail.com). To explain her reasons for her changed support, she said “I just think employment is really important right now." Which is certainly a valid point, but somewhat misguided. Plus, it has been reported that she asked for a tax cut from Obama- who rejected her- which points towards slightly more personal reasons for her change of heart.

Other celebrity supporters for the Republican candidate are Stacey Dash, who expressed her support via Twitter and faced a barrage of abuse for it, also music artist Nicki Minaj (who has since revealed that she was joking), Jerry Bruckheimer (responsibly for shows such as CSI and Pirates of the Caribbean), Gene Simmons, Donald Trump, Chuck Norris and lifelong Republican Clint Eastwood.

As the Huffington Post has put it, 'Romney's got the billionaires and Obama's got Hollywood.' So, batting for the other team are Barbra Streisand, Morgan Freeman, Whoopi Goldberg, Danny Devito, Scarlett Johanson, Reese Witherspoon, Will Smith, Mila Kunis and Eva Longoria, who gave an incredibly poignant and touching speech at a Democratic National Committee meeting saying “The Eva Longoria who worked at Wendy's flipping burgers-she needed a tax break. But the Eva Longoria who works on movie sets does not.”