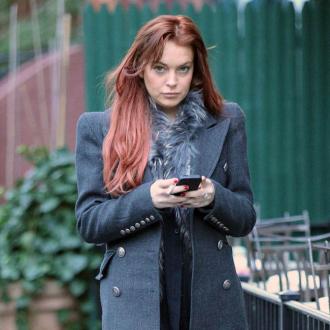 The 26-year-old actress has reportedly banned her family and friends from discussing professional reviews of her new TV movie 'Liz & Dick' in front of her because she is proud of her performance in the film.

Friends close to Lindsay insist she ''loved playing Elizabeth Taylor and is in love with the final product.''

The troubled starlet has told friends she doesn't want to know what the reviews say regardless of whether it is positive of negative because it would ''take away from her experience on the project,'' according to gossip website TMZ.com.

The actress's new Lifetime movie - which will hit screens in the US tomorrow (18.11.12) - has been slammed by many critics including The Hollywood Reporter, which called the film ''spectacularly bad''.

In a newly released five minute clip, the actress is seen pouting and posing as a muse for celebrity photographer Terry Richardson in the video for the song 'Blue' from the band's final album 'Collapse Into Now'.