The media mogul received a surprising phone call from Letterman after Lohan urged him to call her on a live broadcast of the 'Late Show'. 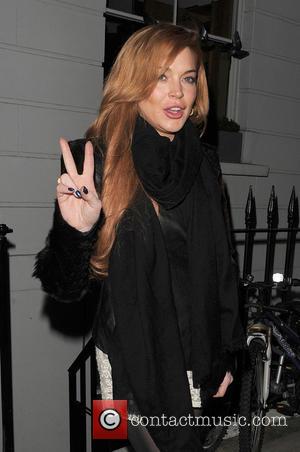 Picture: Lindsay Lohan - Lindsay Lohan leaves a male friends house, and heads into town for a night out with him. Before Lindsay emerged, a Metropolitan...

Lindsay Lohan has already felt the wrath of Oprah Winfrey, but she may have to feel it once again!

The 27 year-old actress urged 'Late Show' host David Letterman to call the media mogul during her appearance on the talk-show.

While Letterman, who recently announced his retirement, spoke with the 'Mean Girls' actress about her OWN reality show 'Lohan', she suggested that they should call Winfrey up.

"I think maybe I should just call her right," Lohan said to Dave and the in studio audience.

She then pulled out her cell phone and asked Letterman, "Should we call Oprah?"

The 66 year-old TV veteran seemed reluctant at the beginning as he said, "No, we're not," but Lohan insisted that he did, and even got the audience to chant, "Op-rah! Op-rah! Op-rah!"

Letterman finally caved in and called Oprah, but he initially used a fake voice when she answered.

"Yes, could I speak to Oprah Winfrey, please?" he said. "Hi, this is Lindsay Lohan's secretary."

Unfortunately Dave couldn't keep the phony voice going for much longer, and revealed who it really was.

"It's Dave, Oprah, it's Dave," he said. "Oh my God," Oprah said, while laughing. "Very good, Dave! The David Letterman who's retiring?"

The two then began to talk about the process Lohan was making since finishing her last rehab stint.

"I think she's doing really OK," Winfrey said. "To have cameras following you around for every phase of your life, and you are trying to pull your life together, I think that's a really difficult thing, so, yeah, we're really pleased she's making some progress."

"Oprah, I've spent 30 years trying to pull my life together," Letterman joked. "Where the hell have you been?" Winfrey responded, "Dave, you should be doing okay, because the last time I was there we discovered that we have the same meditation teacher, and now Lindsay's doing meditation, too."

Watch Lindsay's appearance on the 'Late Show' below