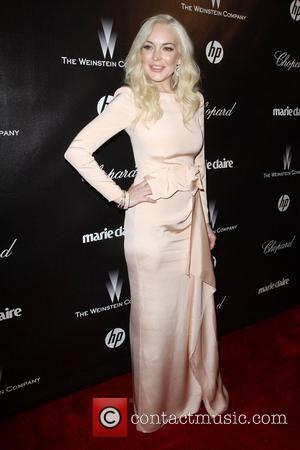 Lindsay Lohan almost lost out on the lead role in her comedy movie Freaky Friday because director Mark Waters thought her audition was "the worst" of the bunch.
The actress was one of five teenage stars shortlisted to portray Jamie Lee Curtis' onscreen daughter in the 2003 hit and she went on to land the part, but the decision to cast Lohan wasn't based on her acting skills.
In an E! True Hollywood Story special, which aired in the U.S. on Monday (20Feb12), Waters said, "Lindsay's audition was probably the worst of the five.
"However, we also agreed she was a star. She had this amazing turbulence and energy which we thought was going to be really interesting for the character."
The starring role earned Lohan the 2004 Mtv Movie Award for Breakthrough Performance and it remains Lohan's most successful movie to date, grossing $160 million (£100 million) worldwide.