Lindsay Lohan's mother has had her licence revoked for one year and has been sentenced to 100 hours of community service after she pled guilty to Driving While Intoxicated in Long Island, New York last September. 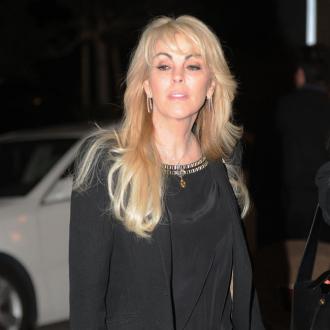 Lindsay Lohan's mother has had her driving licence revoked for one year.

Dina Lohan, who pled guilty in court in Long Island, New York in April to Driving While Intoxicated (DWI) and speeding last September, was also sentenced to 100 hours of community service today (03.06.14) and warned by Judge Engel that she was lucky she didn't kill anyone.

After handing down the sentence, he said: ''The only person responsible for this ordeal is Miss Lohan. She is just lucky nobody was killed. She may not be as lucky next time.''

According to gossip website TMZ.com, Dina then assured him: ''There will not be a next time.''

When Dina gets her licence back, she will have an interlock device installed in her car for another year to deter her from drinking before driving.

The 51 year old was initially arrested for driving at ''a speed of 77 mph in a 55mph zone'' and police then discovered her blood alcohol level was twice the legal limit.