Lindsay Lohan's mother Dina Lohan blames the paparazzi for causing her to drink and drive in New York in September and she hopes the judge will consider the stress she is under. 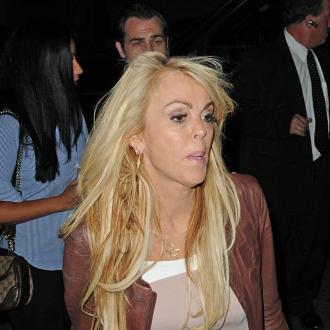 Lindsay Lohan's mother blames the paparazzi for causing her to drink and drive.

Dina Lohan was pulled over in Long Island, New York, in September for driving at ''a speed of 77 mph in a 55mph zone'' and arrested after police discovered her blood alcohol level was .2, more than twice the legal limit of .08.

Her lawyer Mark Heller appeared for a routine hearing in relation to the case on Wednesday (23.10.13) and blamed photographers for the incident, according to gossip website TMZ.com.

He claimed the stress and ''challenges'' of the 50-year-old mother-of-four's lifestyle, that allegedly involves being followed by paparazzi every day, caused her to drink too much before getting behind the wheel.

He said: ''It is the professional opinion, as stated here by the evaluator, that the circumstances leading to Dina's arrest were largely impacted by ongoing daily stresses caused by you folks, the paparazzi, media attention and distorted tabloid character profiles.''

Heller hopes the judge will take his argument under consideration in Dina's DWI (Driving While Intoxicated) case.

He added: ''I'm confident that justice will be served and we will have an appropriate resolution to this case.''