Lindsay Lohan’s cash woes are far from behind her. TMZ have revealed that Lindsay is now in trouble for unpaid taxes for the third consecutive year in a row. We know that Charlie Sheen already lent a financial hand and bailed her out for her unpaid 2009 taxes ($93,701.57) and that she owes a staggering $140,203.30 for 2010, but news has just come to light that Lohan still owes for 2011 as well, meaning that things really aren’t looking good for Lindsay.

The State of California are trying to recoup $56,717.90 in unpaid taxes for 2011, from the troubled actress. Lindsay recently moved back in with her mother Dina Lohan – reportedly because she could no longer afford the rent on her apartment. We’re not sure who exactly has been dealing with Lindsay’s accounts over the last few years but whoever it is (if indeed there was anybody at all) really doesn’t seem to have been doing a very good job.

Lindsay’s not alone in her rather taxing tax troubles, though. R&B star Mary J Blige also has a $900k tax lien hanging over her head and Snoop Dogg is reportedly in debt to the state, to the tune of $546,000. Perhaps the three of them could set up some kind of support group for disorganised celebrities, who are unable to handle their financial affairs properly? 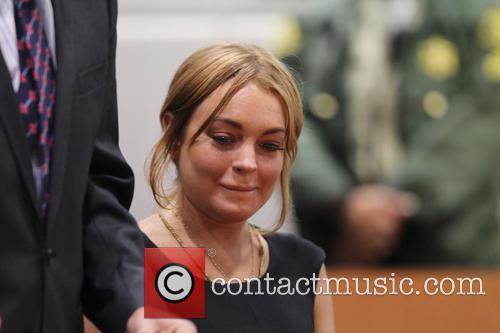