Arrest warrant for Lindsay Lohan to be issued

Lindsay Lohan has been given until dawn to return to Morningside Recovery rehab centre in California, or a warrant will be issued for her arrest. 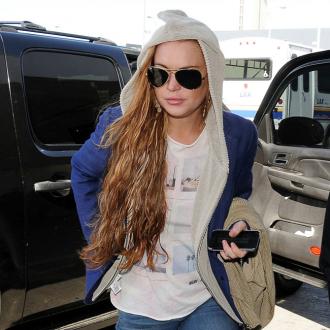 Lindsay Lohan will be arrested if she doesn't return to rehab.

The 26-year-old actress fled from her rehab centre on Thursday morning (02.05.13) after mere minutes, and could now face serious consequences if she doesn't return to Morningside Recovery facility in Newport Beach, California, by dawn.

The redhead - who agreed to spend 90 days in treatment after pleading ''no contest'' to charges for lying to police about driving during a car crash last June - has been given a 6am [LA time] deadline, or prosecutors will seek a warrant for her arrest.

A source told RadarOnline: ''Lindsay leaving the rehab centre that a judge was actually allowing her to stay in was a big mistake.

''Making that decision has serious consequences and if she doesn't have her attorney deal with this tonight then the City Attorney is going to go to court in the morning to get a warrant for her arrest.''

Lindsay pulled up outside the facility in her SUV yesterday, but didn't even make it inside. She allegedly headed straight for LAX to board a flight back to New York, where she spent the day shopping.

However, her lawyer Mark Heller appeared in court on Thursday morning, claiming she was ''ensconced in the bosom of that facility right now''.

Not only did the star fail to check into rehab, but it wasn't actually the right facility in the first place. Lindsay has been blasted for choosing the California based over Seafield Centre in New York, which had been approved by Los Angeles prosecutors under the terms of her plea deal in March.

Lindsay - who has been in rehab five times since 2007 - reportedly decided to switch at the last minute because of Seafield's strict no-smoking policy.