Disney has ordered a script for a sequel to its 2010 hit 'Alice in Wonderland' which starred Mia Wasikowska and Johnny Depp. 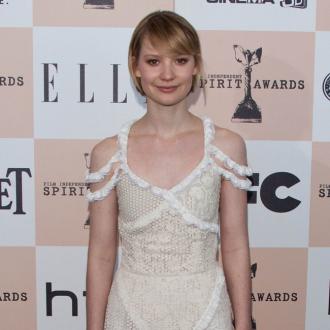 Disney has ordered a script for an 'Alice in Wonderland' sequel.

The studio has hired Linda Woolverton to pen a follow-up to the 2010 film starring Mia Wasikowska as Alice and Johnny Depp as the Mad Hatter, but details are being kept under wraps.

Linda has been a long-time writer at Disney, previously writing scripts for 'The Lion King', 'The Beauty and the Beast', and the upcoming 'Maleficent' starring Angelina Jolie, as well as contributing to scripts for 'Mulan' and 'Aladdin'.

Not much is known about the plot for the proposed sequel, but the first film combined ideas from Lewis Carroll's 'Alice in Wonderland' and sequel, 'Alice Through the Looking Glass'.

2010's 'Alice in Wonderland' grossed over $1 billion at the box office worldwide, and is being adapted into a stage musical by Disney's theatrical arm.

The status of the cast - Mia, Johnny, Helena Bonham Carter and Anne Hathaway - as well as director Tim Burton is unknown.