Linda Evans: 'I Just Wanted To Be A Wife And Mother'

Dynasty Star Linda Evans' Acting Career Was A Complete Fluke, Because Growing Up She Just Wanted To Be A Good Wife And Mum. 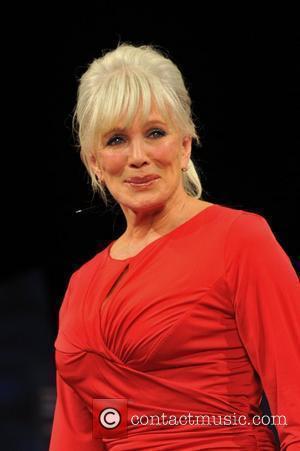 The actress, who played Krystle Carrington in the long-running soap, has been semi-retired for two decades, and she still can't believe how she fell into fame.

Celebrating the 35th anniversary of the hit show, which paired her up with Joan Collins, she tells Closer magazine, "This career has been a shocker. When I was discovered at 15, I was with a girlfriend who was up for a commercial, and the director wanted me to do it.

"My dad had passed away unexpectedly from cancer, so we were living on Social Security and there was no way for me to say no to the money.

"I kept getting parts, and I thought, 'Until I get married, I'll just do this'. Then I'd get married and stop working. Then the marriage would fall apart and I'd go back to working! All I ever wanted to do was be a wife and a mum."

"I was left at 38 saying, 'This marriage thing isn't working for me. I'm just marrying people and getting divorced, like Elizabeth Taylor!'" she laughs.

"So I said, 'I guess I have to have a career!' Thank God Dynasty came along, because it was the answer to my prayer.

"But I never wanted an acting career. My passion in life is speaking to women's groups about things I've learned. The beauty of becoming 73 is you have a lot of wisdom. Sharing that is just the sweetest thing in the world."

And she doesn't regret a thing, adding, "I've had such an extraordinary life. I'm so fulfilled in so many ways with my life, every part of it."

Linda Evans: 'I Just Wanted To Be A Wife And Mother'