Linda Cardellini admits that she would ''love'' to star in a Marvel Cinematic Universe movie about her character, Laura Barton.

The 44-year-old actress - who has played the wife of Jeremy Renner's Clint Barton in both 'Avengers: Age of Ultron' and 'Avengers: Endgame' - admitted she would ''love'' her alter ego to be at the centre of a Marvel Cinematic Universe project.

When asked about Laura Barton's future, she told Collider: ''I mean, you know, it was one of those things where I was sort of brought into the universe and it truly is its own universe.

''It's its own entity with this fandom that is incredible and to be a part of it is, I don't know, it's pretty fun.

''My daughter's friends love it. It's one of those kinds of things, you know? So it's always fun. I mean, would I love to see a Laura Barton movie? Sure!''

However, Cardellini doubts that the movie would happen as fans seem to care more about ''the superheroes'' than other characters.

The 'Green Book' star said: ''But I don't think that's gonna happen. I think people are more interested in the superheroes.''

Meanwhile, she recently featured alongside Tom Hardy in the gangster biopic 'Capone' in which she portrayed gangster Al Capone's wife Mae - and was ''terrified'' of slapping her co-star on screen.

''It was a pretty nasty slap, and we had to do it several times. I really let him have it, and after each take, I would just look at him, and my heart would sink. I would say, 'Are you OK?' But, you know, he's strong.''

Cardellini added that starring with Hardy in Josh Trank's movie was a ''wonderful'' experience.

She said: ''It was wonderful to go head-to-head with him like that, especially in those characters. And when she finally gets to unleash and smack him and let it out for a second, which she immediately regrets, it felt really good.'' 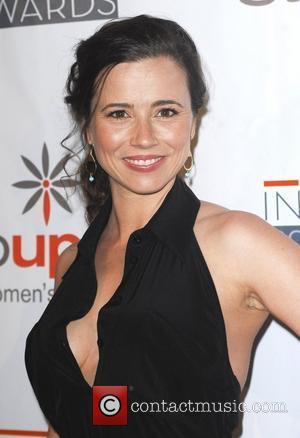