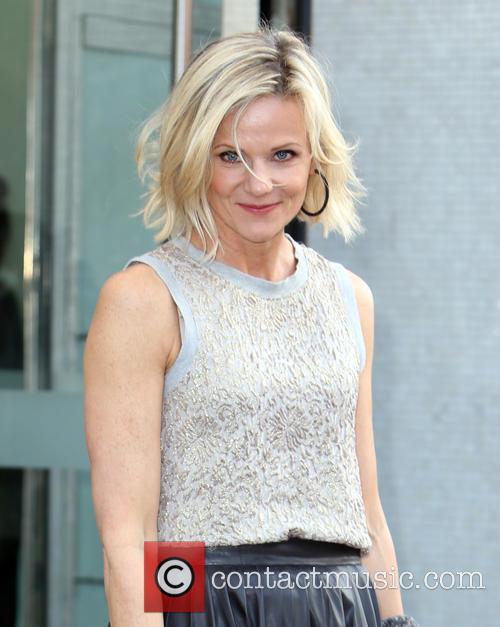 Etching up an almost perfect score on the night, the Winter Olympics' most fondly remembered loser Eddie 'The Eagle' Edwards finally has an award he can hang proudly above his mantlepiece: the first ever Splash! crown.

Edwards battled off his fellow Splash! finalists, dad's favourite Linda Barker and Benidorm actor Jake Canuso and became the Tom Daley masterminded ITV show's first ever champion. The judges - Andy Banks, Jo Brand and Leon Taylor - were unanimous in their praise for Edwards' two dives - a solo forward two and a half somersault effort with several rotations from the top deck and a synchronised inward one and a half somersault pike dive with mentor Tom Daley (if you can picture what any of those dives actually look like, good on you).

Although it was instantly treated as a nationwide laughing stock ITV's new show Splash has been making waves (sorry) in the Saturday night ratings schedule since it aired, and now the show is in the semi-finals stage, just about everyone is talking about it.

At 51, yes, 51! Barker has clearly been the star of tonight's episode. It's been that way for much of the series and lets face it, anyone who said that people wouldn't be tuning into the show just to perv over the contestants and their skimpy outfits was lying to themselves and clearly doesn't watch a lot of TV anymore.

The Hollyoaks actress Jennifer Metcalfe has reportedly quit Tom Daley's new primetime diving show, because she didn't want to be seen as a "Samia copycat," - a reference to the former Coronation Street actress Samia Ghandie who is reportedly dating her ex-boyfriend Sylvain Longchambon.

The professional skater split with Metcalfe to be with Ghandie last Friday - according to The Sun newspaper - leaving the Hollyoaks star heartbroken and unable to complete on 'Splash.' It is assumed Samia and Sylvain intend to go ahead with their appearance on Dancing On Ice, which begins on Sunday (January 6, 2013). A source close to Jennifer said, "She feared it looked like she was going head-to-head with Samia."

Metcalfe - who plays Mercedes McQueen on the Channel 4 soap - was scheduled to appear in Tom Daley's celebrity diving show, which hits screens tomorrow evening. The likes of Joey Essex, Jade Ewan, Dom Joly and Linda Barker will attempt to master the art of diving in an Olympic-size swimming pool, leaving the public to vote for their favourite. Vernon Kay and Gabby Logan will present the show, while British star Daley will offer expert help.