Limp Bizkit Star Fred Durst Has Moved To Distance Himself From Accused Murderer Robert Durst After Their Names Were Accidentally Interchanged In A Widely Reported Mishap. 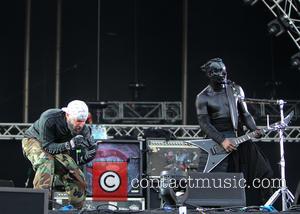 The rocker was recently confused for the embattled New York real estate heir in an article by the Associated Press after Robert Durst was charged with first-degree murder stemming from a shooting in 2000.

Fred Durst has now poked fun at the mistake by posting a picture on Instagram.com showing himself wearing a sweatshirt emblazoned with the words "Not Robert".

He added the caption, "I am not Robert."