Just 30 minutes after the watershed the BBC showed a fully naked solider on Sunday evening and viewers couldn't believe their eyes.

The BBC’s adaption of ‘War and Peace’ has already been described as a ‘sexed-up’ retelling of Tolstoy’s original tale, but nothing prepared viewers for Sunday night’s episode. At approximately 26 minutes after the 9pm watershed on Sunday, viewers were faced with full frontal male nudity and no one knew quite where to look. 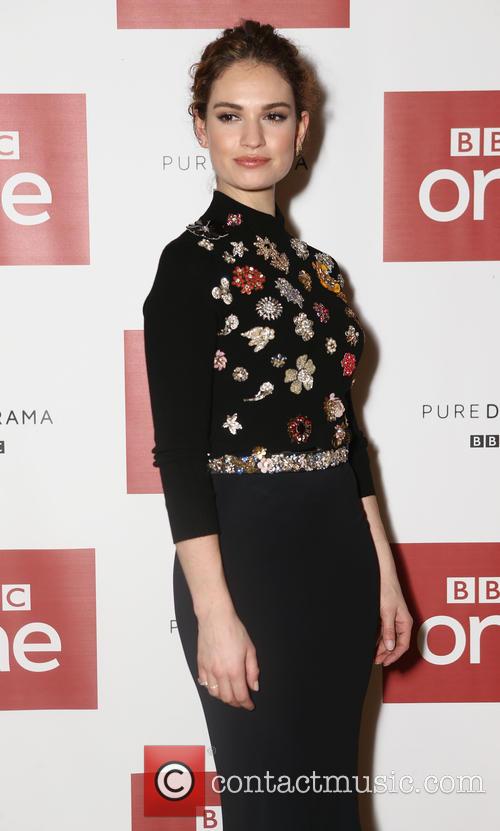 Lily James stars in ‘War and Peace’ on BBC One.

On twitter viewers couldn't believe what they had just seen and reacted with a mixture of shock and amusement. ‘That was unexpected! First time i've seen a penis on BBC1! (and on a Sunday too!) #WarAndPeace,’ wrote one viewer.

That was unexpected! First time i've seen a penis on BBC1! (and on a Sunday too!) #WarAndPeace

'Yay, five episodes in and finally some nameless penis to balance out all the nameless nipples #WarAndPeace,’ another added. Others decided it might be time to rename the series, ‘Thoroughly enjoyed War and Penis this evening #WarAndPeace.’

The Daily Mail reports that the actor who cause all the fuss is Oscar Pearce, whose other credits include Captain America: The First Avenger and Resident Evil.

In the scene, main character Prince Andrei Bolkonsky rode his horse down to the seafront where the soldiers were bathing and was met by a fully naked Pearce emerging from the water 'James Bond' style. The solider then asks Bolkonsky if he would like to join them in the water, adding: 'It’s alright, your excellency. It’s not too cold.’

The show has already become notorious for its steamy sex scenes, including one in episode two which took place on a dining room table.

The drama debuted on BBC on January 4th and will conclude next Sunday evening (February 7th). It was adapted by Andrew Davies who previously tackled 'Vanity Fair' and 'Pride and Prejudice'. The series stars Paul Dano as Pierre Bezukhov opposite ‘Downton Abbey’s’ Lily James as Natasha Rostova.