Downton Abbey isn’t returning to the screen for a while now, but the show is keeping viewers on their toes, having just released stills of Gary Carr filming scenes for series four. Carr has been announced as the new addition to the cast, playing the show’s first black character. His character, American jazz singer Jack Ross, will join the previously all white cast this fall. The stills are hinting at a close friendship or a possible romance beween Jack Ross and Lady Rose.

In the stills released, Ross is scene rowing down the river with Lilly James’s Lady Rose MacClare, hinting at a possible romance between the rebellious young woman and the still rather mysterious new character. The stills were released, courtesy of the Daily Mail. 26-year-old Carr, who is currently best known for his role as the inept policeman Fidel Best in BBC’s Death in Paradise, will be only one of a few upcoming additions to the cast. Dame Kiri Te Kanawa and Nigel Harman will also be joining the programme. Carr’s casting came following a statement from programme creator Julian Fellowes saying he wanted to diversify Downton for series four. 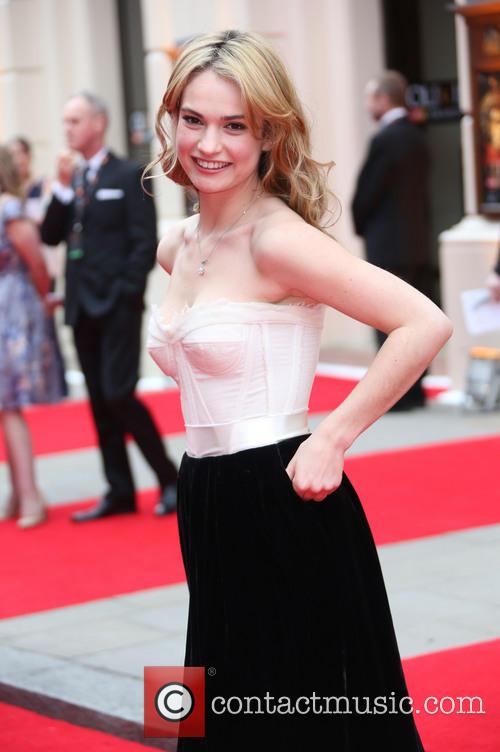 The first stills of Carr on set show him working opposite James.

In 2012, Fellowes made the statement that he’d like to “open it up ethnically a bit” by adding a black or Indian character and, while the show remains largely ethnically uniform, Carr’s casting is certainly a step in the right direction for Downton. Additionally, producer Gareth Neamy hinted recently that the introduction of Carr’s character would bring about some interesting plot twists. It all sounds like more than enough reason to get excited for the next season. James's character, Lady Rose, is known for her rebelliousness.