Finally, Disney has unveiled the first full trailer for Kenneth Branagh's live action rendition of one of the world's most beloved fairytales: Cinderella. And it looks to be one of the most visually stunning fantasy flicks of the coming months.

The movie industry has been going crazy with its throwback Grimm adaptations, and it doesn't look like anyone's had enough of it yet. While many movies have opted for the spin-off, original stories - such as 'Sleeping Beauty' adaptation 'Maleficent' and 'Snow White and the Seven Dwarves' comeback 'Snow White and the Huntsman', not to mention forthcoming fairytale omnibus 'Into The Woods' - director Kenneth Branagh and screenwriters Aline Brosh McKenna and Chris Weitz have gone for the more traditional approach with 'Cinderella'.


'Downton Abbey''s Lily James stars as the titular beauty in the movie; a girl who's forced to cook and clean for her stepmother Lady Tremaine, played by a formidable looking Cate Blanchett, and two stepsisters Anastasia (Holliday Grainger) and Drizella (Sophie McShera) while her loving father is away on business. Despite her plight, she remains as sweet and polite as ever as her late mother told her to, even befriending the mice that she discovers in her home. When news of a royal ball reaches the household, she is forced to turn to her Fairy Godmother Helena Bonham Carter (well, who else?) for help to attend. 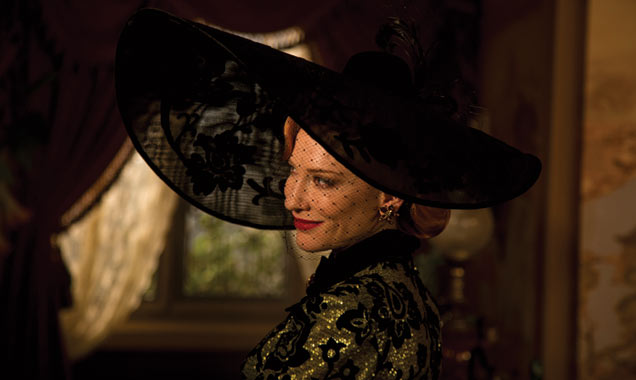 It's almost entirely based on the 1950 Disney animation, from the names and the colours, right down to the animated mice, who have been given an adorable CGI makeover. Even Cinderella's glass slippers glint magnificently bright, just like the originals.

'Cinderella' is scheduled to be released in US movie theaters on March 13th 2015.