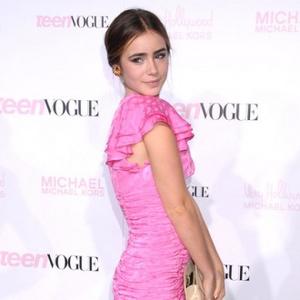 Stars of the movie, including Lily Collins as an exiled princess and Julia Roberts as the evil Queen, will report for principal photography on the comedy adventure - a reimagining of the classic fairytale - next week, along with Arnie Hammer, who stars as Prince Andrew Alcott and Nathan Lane as a hapless servant.

Lily - the daughter of British musician Phil - recently spoke of her determination to land the lead role when she heard about the project.

She said: "'Snow White' was my favourite fairytale growing up and when I first read about the project I was like, 'I have to get in on this.' It's such an iconic character."

Julia Roberts is signed on to play the wicked queen in the 3-D project - tentatively titled 'The Brothers Grimm: Snow White' - which will be directed by 'The Cell' filmmaker Tarsem Singh is directing the project, while little-known writers Melissa Wallack and Jason Keller have scripted the movie, which will be produced by Ryan Kavanagh, Bernie Goldman and Brett Ratner.

It is the second film based on the story in production - Kristen Stewart is also in line to play the titular role in 'Snow White and the Huntsman'.

She's Not Just Phil Collins' Daughter! But Who Is Lily Collins?