Lily Collins fought for lead role in Stuck in Love

Lily Collins was so determined to bag the role of Samantha Borgens in upcoming film 'Stuck in Love' that she ''fought'' for the part for seven months. 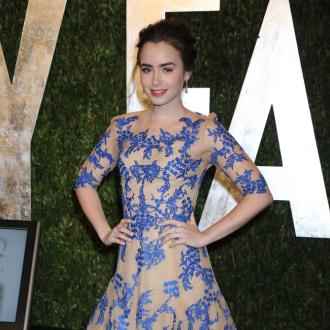 Lily Collins ''fought'' for her role in 'Stuck in Love' for seven months.

The 23-year-old actress - who previously starred as Snow White in 'Mirror Mirror' - was eager to shed her good girl image and play sex-starved teen Samantha Borgens in the upcoming film because she believed no one could play the role better than her.

The comedy/drama - which was previously given the title 'Writers' - sees Samantha share the news that her novel has been selected for publication but instead of focusing on writing and her love life, she participates in one night stands as a way of getting back at her mother (Jennifer Connelly) for leaving her famous father (Greg Kinnear) for a younger model.

Speaking in an interview in the July issue of America's Glamour magazine, Lily said: ''It's my most meaningful project so far. I fought for the role for seven months. I read the script and thought, no one but me can play this. Samantha is promiscuous, cynical, sarcastic -qualities that are not me, but fun to channel. I also liked her relationship with her dad''

Lily insists she's never asked her famous dad, musician Phil Collins, for help in her career and has landed her roles in established movies through her talent alone.