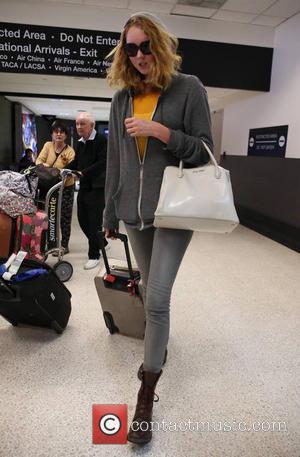 British model-turned-actress Lily Cole is to be awarded an honorary doctorate from a Scottish university.

The Imaginarium of Doctor Parnassus star will receive the Doctor of Letters from Glasgow Caledonian University in recognition of her "outstanding contribution to humanitarian and environmental causes" at a special ceremony on 3 July (13).

Cole, who graduated from Britain's prestigious Cambridge University in 2011, worked with the university's Professor Muhammad Yunus on her new social networking site Impossible.com, where users can offer up their skills and services for free.

She says, "I am honoured to have been offered this distinction by Glasgow Caledonian University, especially as I have great admiration for the work of Gcu's Chancellor, Professor Yunus. He is an advisor on Impossible.com and I have been very inspired by the time I have spent with him in Davos (in Switzerland), London, Washington D.C., and Bangladesh where I saw his work in action.

"I have set up several businesses as social businesses and I am a great believer that the power of business should be used for good."