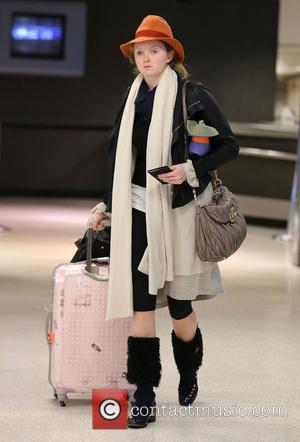 British model/actress Lily Cole has shown off her raunchy side in a steamy new video for the Yeah Yeah Yeahs.

The St. Trinian's star plays a small-town girl in the promo for Sacrilege, and is seen being chased through streets and fields at the beginning of the clip.

She later strips down to just her underwear for scenes which show her sharing passionate moments with several men and one woman, before she goes on to seemingly wed one of the hunks.