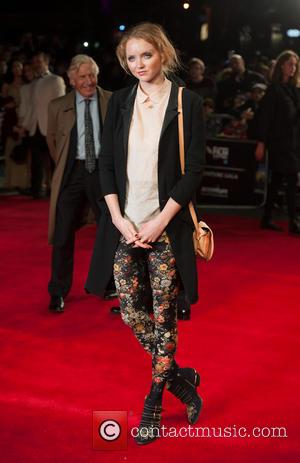 British model turned actress Lily Cole donned a balaclava-style bobble hat in a bid to disguise herself while walking the streets of London over the weekend (02-03Nov13).

The Imaginarium of Doctor Parnassus star shocked onlookers by completely hiding her face with the winter headgear, which was decorated with a Lone Ranger-style mask over the eyes.

However, the star was later forced to abandon her disguise to answer a call on her phone as she strolled through the city.