Model Lily Cole will host a talk at the Hay Festival on Thursday (30.05.13) to raise awareness of the use of shark liver oil in skincare products. 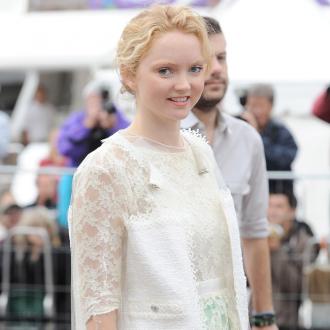 Lily Cole is set to speak out against the use of shark liver in the beauty industry.

The British model will give a talk explaining the cruel practice of using squalene, an oil extracted from the livers of endangered sharks, to make high-end face cream at the Hay Festival on Thursday (30.05.13), The Sunday Times newspaper is reporting.

The eco-warrior - who is known for her keen support of animal rights and environmental campaigns - will be joined on stage at the literary gathering in Wales by Alannah Weston, Selfridges' creative director, who is eradicating all products using shark squalene from the store.

Alannah said: ''Sharks are now among the most vulnerable species in the ocean. The unrestricted killing of sharks is just another example of human destruction of the ocean and its creatures.''

According to Bloom, a French marine conservation charity, 3 million deep sea sharks are killed each year to benefit the cosmetics industry, and Lily hopes to change this by raising awareness of the issue.

A number of companies currently use a loophole in European labelling regulations to avoid disclosing the origin of the substance, while others have phased out the practice.

Last month, Lily, 25, called on the government to support a ban on neonicotinoid pesticides associated with dwindling bee populations.

The redhead is also a spokesperson for eco-friendly brand the Body Shop and works as an ambassador for Sky Rainforest Rescue, a partnership with WWF to help save one billion trees in the Amazon rainforest.