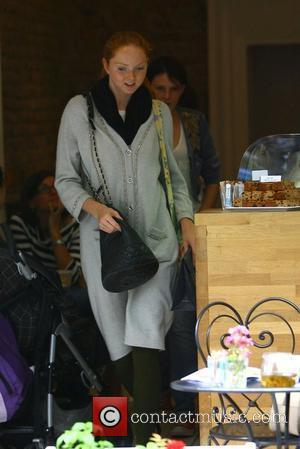 Model Lily Cole's acting career has been dealt a blow - her controversial latest film has been shelved following a bad response to its violent trailer.
Viewers were left shocked after disturbing clips from The Phantasmagoria: The Visions of Lewis Carroll hit the internet, with the 22 year old appearing as Alice in a story about the Alice In Wonderland author.
Studio bosses have since decided to shut down the entire project, which was directed by goth rocker Marilyn Manson and also stars Tilda Swinton.
A source tells Britain's Mail on Sunday, "The trailer caused such a backlash that a decision was made to close down the project. It's unlikely it will ever see the light of day."
According to the publication, the film is now officially on 'indefinite production hold'.