Lily Allen's 'In The Name Of' record label has been awarded financial backing from music giant Sony. 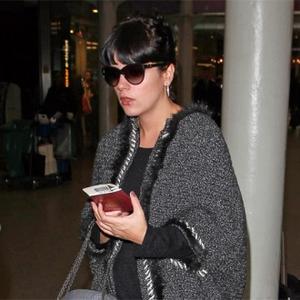 The 25-year-old 'Not Fair' singer's 'In The Name Of' company has been signed up by the music giant, who will reportedly pay her a £100,000 salary and give her money to set up an office and hire staff, while one of The Company's own A&R talent scouts will help her sign acts.

The singer has been working on establishing her label since 2009, when she also announced she would take a break from recording her own music, adding she wanted to set up her own label as she was disillusioned with the music industry.

She said: ''I'm setting up a record label at the moment, getting involved in lots of different things.

''I think things need to change in the music industry and we need to rethink a lot of stuff.''

Lily has already signed hotly tipped New York duo Cults, who have been courted by a number of high profile labels since they hit the music scene last year.

Sony is one of the biggest music labels in the world with acts including Britney Spears, Aerosmith, Kesha, Kings Of Leon and Michael Jackson.

Since her retirement from recording, Lily has become engaged to her boyfriend Sam Cooper and set up and opened clothing hire shop Lucy In Disguise with her half-sister Sarah Owen.