Lily Allen had re-tweeted a link from Gay Times, which had promoted her cover of Rufus Wainwright's 'Going To a Town' filmed at the Women's March in London.

Outspoken pop star Lily Allen has so far refused to back down and apologise over a tweet that sparked accusations of homophobia, after the star referred to gay people as “f**s” in a tirade against Donald Trump.

The 31 year old star sparked outrage on the social media site after writing “F**s hate Trump”, linking it to a post from Gay Times that had showcased her new cover of Rufus Wainwright’s ‘Going To a Town’, which she had performed at the weekend at the Women’s March in London.

A music video was filmed there too, which featured many protestors bearing placards, one of which reads: “F**s hate Trump”. 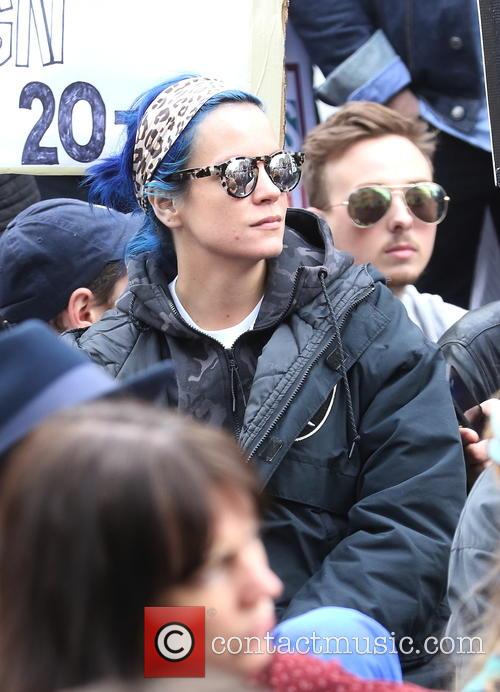 She was branded “ignorant” and “vile” by many who were upset at her misappropriating a term traditionally used to insult LGBTQ people. However, some defended her for merely repeating what was on one of the banners in plain view.

“Please don't refer to us as F**S, we are lesbian, gay, bisexual, transgender if anyone has to be labelled,” somebody wrote, while another posted: “Please don't collectively call us ‘f**s’. Some of us don't mind; but some of us hate it. Would you use the ‘N’ word collectively?”

It comes after Allen was involved in Twitter spat earlier this month with former EDL co-founder Tommy Robinson, and after she apologised “on behalf of my country” to a 13 year old boy while visiting the now-destroyed Calais refugee camp in September 2016, while filming a segment for the BBC’s Victoria Derbyshire show.