Lily Allen twerked her way through Bestival and at one point was seen dancing on top of the Nando's Cock o' Van backstage at the music event. 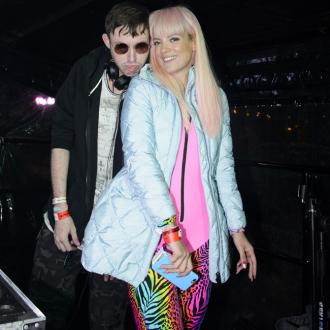 The 'Sheezus' singer let her hair down at the music event on the Isle of Wight on Saturday (12.09.15) and her love of fun reached new heights when she climbed on top of the Nando's Cock o' Van in the backstage area as she showed off her risqué dance moves during her DJ pal Hudson Mohawke's spectacular set.

The mother-of-two opted for a shocking pink ensemble - which even included tinted hair - which caught the eye of fellow revellers.

Lily also joined Mark Ronson on stage when he performed a DJ set and took control of a bubble gun which she fired into fans.

Meanwhile, headliner Missy Elliot and her crew munched their way through over 100 chicken wings over the weekend and 'Uptown Funk' hitmaker Mark Ronson also enjoyed some PERI-PERi goodness before his set.

Ella Eyre, Radio 1 DJ Annie Mac and Rae Morris were among the stars who partied at the Cock o' Van and had their taste of the chicken delights on offer.