Lily Allen turned down a gig worth '£61 million' in Bitcoins and wishes she hadn't dismissed the offer. 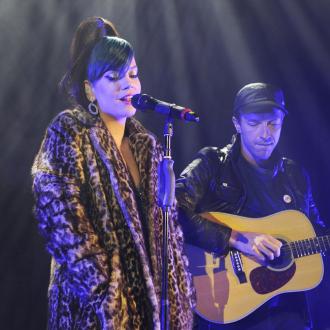 Lily Allen feels like an ''idiot'' for turning down a gig worth '£61 million'.

The 'Hard Out Here' singer was asked to perform on the website, Second Life, which she would have been paid in the 'virtual' currency, Bitcoin.

The singer, who is believed to be worth more than £6 million, turned down the offer, despite Bitcoins now selling for about £610 each.

Lily took to Twitter to reveal her mistake at the weekend, posting: ''About 5 years ago someone asked me to stream a gig live on second life for hundreds of thousands of bitcoins, ''as if'' I said. #idiot #idiot. (sic)'

The 28-year-old star, who gave birth to her second child, Marnie Rose, in January last year, came back to the music industry at the end of 2013, recording a version of Keane's 'Somewhere Only We Know' for the John Lewis Christmas advert. It spent two weeks at number one last month.

She also unveiled the new track, 'Hard Out Here', and said she shocked herself wanting to come back to music so quickly after retiring.

The mum-of-two has revealed she will also be doing 16 weeks of live shows this year, including Glastonbury.

She told Radio 1 DJ Nick Grimshaw about the festival: ''It got confirmed yesterday. That's the first big thing I'm going to be doing,'' adding, ''I'll be doing 16 weeks of festivals over the summer and then tour.''