Lily Allen is very proud of how ''cute'' her 12-month-old daughter Ethel looked when she dressed her up as a Christmas elf. 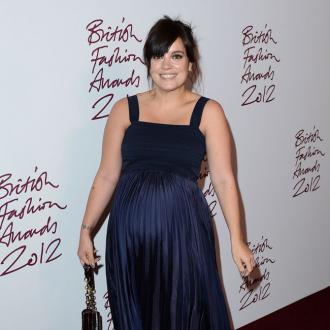 Lily Allen has been dressing her daughter as an elf.

The 'LDN' hitmaker - who is expecting her second child with husband Sam Cooper - has been getting into the festive spirit with 12-month-old Ethel and says her Christmas fancy dress outfit made the little girl look very ''cute''.

She tweeted: ''If I didn't care about the future mental state of my child, and if I thought it was ok to enter her into becoming public property, I would tweet you all the picture I just took of her in a full on all in one Elf suit. The cutest fricking thing !!!! (sic)''

Although Lily has been enjoying her Yule Tide preparations it seems the 27-year-old singer will be looking for alternatives for her traditional Christmas Day (25.12.12) meal after admitting she doesn't like turkey.

Lily has been feeling very festive recently, though disaster struck when she was midway through her Christmas preparations last month.

The singer was Christmas shopping at London department store Harrods when she fainted.

Fortunately, Lily was fine and decided to tuck into a croque monsieur - a toasted cheese and ham sandwich - to give her some much-needed energy.

She tweeted: ''Just fainted in Harrods. #croquemonsieur needed ... On the bright side, managed to pick up Professor Snape Wand in Ollivanders box and Slitherin pen for Nephews Xmas present. #luckyboy (sic)''