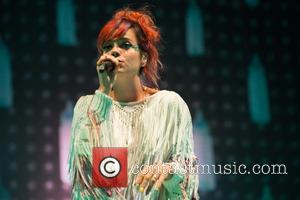 Singer Lily Allen's soundtrack for a planned Bridget Jones musical has been axed.

The Smile hitmaker penned a score for the stage show based on the novel by Helen Fielding, but after months of delays the pop star has revealed she is "out of the picture" and Fielding is writing an entirely new script.

Allen says, "I wrote some great music for it but Helen Fielding wants to go back and write a whole new story. It's been a long-term project and I was happy to do my bit but I'm now out of the picture."

The musical was originally due to open in London's West End in 2011 but suffered a series of setbacks, including the exit of lead actress Sheridan Smith in 2012. She had been tapped for the title role made famous by Renee Zellweger in the movie series.