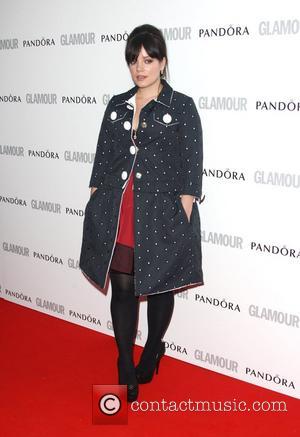 Lily Allen 's been known to often spout her mouth off on Twitter, but this time round she was trying to attract her fans attention for a wholly more worthy cause - kicking an alleged racist off the micro blogging site. Allen, who is pregnant with her second child, received the following message from a man who purported himself to be in the British army: "Just seen you bought s**t, I mean adopted a child from Africa."
Allen re-tweeted the comment which was then subsequently deleted, however the singer wasn't happy and wrote to her followers "How do you report someone on here? That guy I retweeted should be banned." The NME reports that the army and are now looking into the matter, having a released a statement saying "Racism of any kind is completely unacceptable and the Army has a zero-tolerance approach to all forms of harassment and discrimination. We are aware of the alleged offensive comments and are investigating the matter. It would be inappropriate to comment further while this is ongoing."
Back to more cheerful matters and the star has admitted her surprise that no one guessed that she might be pregnant when appearing with Professor Green on stage during the second of the Stone Roses homecoming gigs in Manchester at the end of June. She turned up to perform the pair's 2010 single 'Just Be Good To Green'