Lily Allen claims pop music is full of ''Botoxed idiots,'' and wishes things were more like the 90s when bands were ''taking drugs and having a lot of fun''. 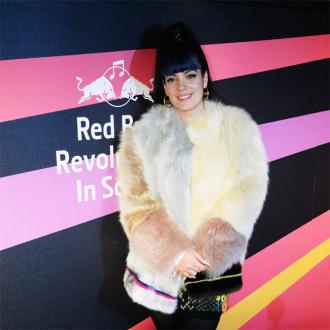 The outspoken 'Hard Out Here' singer was disappointed when she rose to fame in 2006 because the music scene in the UK had lost the authenticity of the 90s when bands like Blur and Oasis ruled the charts and indulged in real rock 'n' roll behaviour.

She told the UK edition of Esquire magazine: ''I feel like when I was growing up and dreaming of being a pop star, it was the days of Britpop when things felt authentic and anarchic, and people were taking drugs and having a lot of fun and having sex with each other and it wasn't fake, it was real.

''So excuse me if I found it a bit disappointing when I arrived and it was a bunch of sterile f***ing Botoxed idiots that stank of desperation.''

Although she is prepared to slam most modern stars, Lily, 28, makes exceptions for Twerk-queen Miley Cyrus and New Zealand singing sensation Lorde, as she believes they have genuine talent.

She has previously said: ''I couldn't say we are really great friends but I do really like Miley.

''She's funny, witty and clever, I love what she does. I think her and Lorde's album have had the most plays in my car this year.

''She's probably way too busy for someone like me but yeah, I'd welcome the opportunity to work with her.''