The singer takes to Twitter to explain her devastating inspiration.

Lily Allen tugs at heart-strings as she explains the true meaning behind her new song for the 'Pan' soundtrack, 'Something's Not Right'. The singer is well known for her love of family values, which only made this latest revelation all the more overwhelmingly sad. 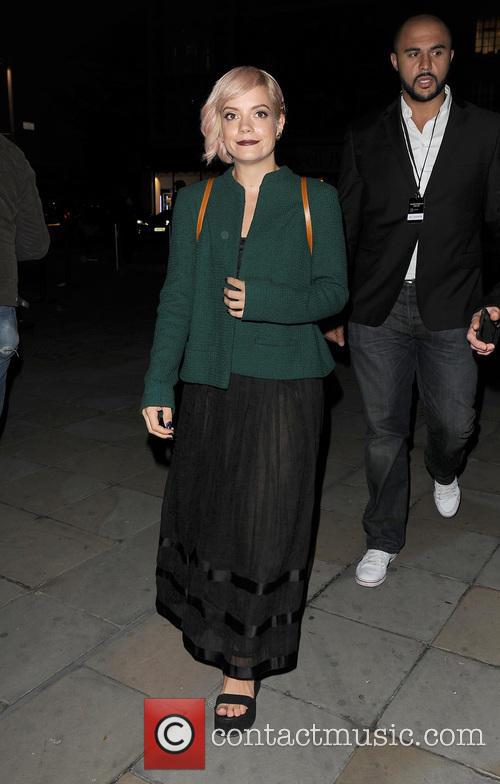 'Something's Not Right' is a slow, melancholy ballad, which Allen has just revealed was written in tribute to her stillborn son who died in 2010. The pregnancy was her first, and ended after just six months; and it's not something she has often openly discussed with her fans.

'5 years ago today I was admitted to hospital. 4 days later I delivered a beautiful baby boy, but sadly he didn't make it', she told her Twitter followers. 'It's unlike me to discuss this sort of thing so publicly but I wrote this song in his memory when writing something for [Pan]. Please listen and if you fancy it, you could donate in his memory.'

The singer adds a link to the charity Sands; the Stillbirth And Neonatal Death society, for which Allen is a strong advocate. 2014 saw her open up about the ordeal for the first time, explaining that she almost died from blood poisoning. 'It was horrendous and something I would not wish on my worst enemy', she told The Sun. 'It's something that I still haven't dealt with. I never will get over it. I have dealt with it, you know, as being at one with it. But it's not something that you get over. I held my child and it was really horrific and painful - one of the hardest things that can happen to a person.'

Since the heart-breaking tragedy, Lily Allen has had two children; 3-year-old Ethel Mary and 1-year-old Marnie Rose; with her husband Sam Cooper whom she married in 2010. Tragically, however, the stillbirth was not the first time the singer had lost a child. In 2008, she suffered a miscarriage while dating Ed Simons of the Chemical Brothers. She subsequently had to undergo treatment for depression.