The 'Air Balloon' singer is said to have collapsed in the VIP area at the festival last weekend, but quickly recovered.

Lily Allen was reportedly treated by paramedics at Glastonbury after partying a bit too hard over the weekend. The 30 year pop star, who is a regular attendee at the annual music spectacular, received medical attention after collapsing backstage on the Saturday night (June 27th).

According to a report in The Sun on Sunday (July 5th), Lily was with her husband Sam Cooper and a number of friends in the VIP area when she passed out having sat down on the grass to take a breather. Witnesses told the paper that she was “out of it” for about 45 minutes, as concerned friends took her to a nearby car and called paramedics, who after supplying her with oxygen decided that she needed no further attention. 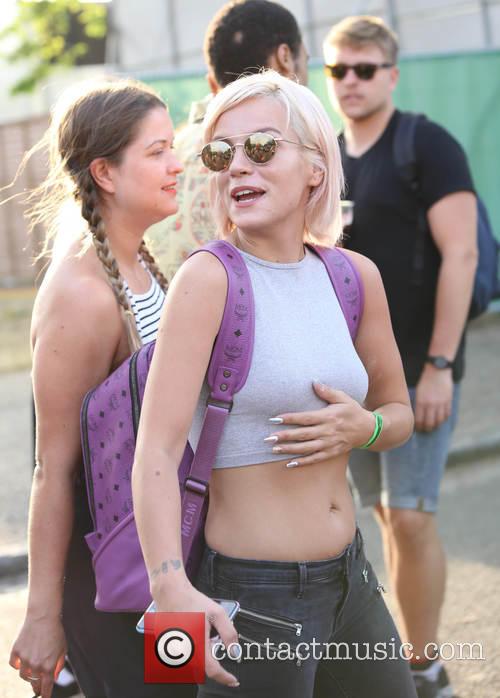 Though Allen herself has yet to respond to the reports, a representative told The Sun that “she is totally fine and had a great Glastonbury.”

More: Owner of anti-Kanye Glastonbury flag responds to Lily Allen after she burned it

Lily, who released her third album Sheezus just over a year ago, was not a performer at this year’s festival but still grabbed headlines on a couple of occasions. Firstly, she warned her fans of the dangers of using gas canisters while cooking at festivals after narrowly escaping serious injury in an explosion in her caravan.

Secondly, also during Glastonbury itself, she set fire to another festival-goer’s flag that carried an anti-Kanye West message. Lily posted a series of videos of her strategically burning the banner which initially read “F*** Off Kanye” so that it simply said “Kanye”.

Despite clearly overdoing it a bit at Glasto, Allen seemed to be back on her feet as normal this weekend, as she was spotted at the first day of the Wireless Festival at London’s Hyde Park on Friday (July 3rd), at which Drake, A$AP Rocky and Major Lazer performed.