The singer shared videos of Farage, Murdoch and Conservative MP Liam Fox all sitting together at the party.

Singer Lily Allen was a guest at a garden party on Sunday afternoon (July 3) which featured an interesting collection of names from UK politics. Media mogul Rupert Murdoch, UKIP’s Nigel Farage (who stepped down as party leader this morning) and Conservative MP Liam Fox were all pictured by Allen mingling together, as she live tweeted pics and videos from the party. 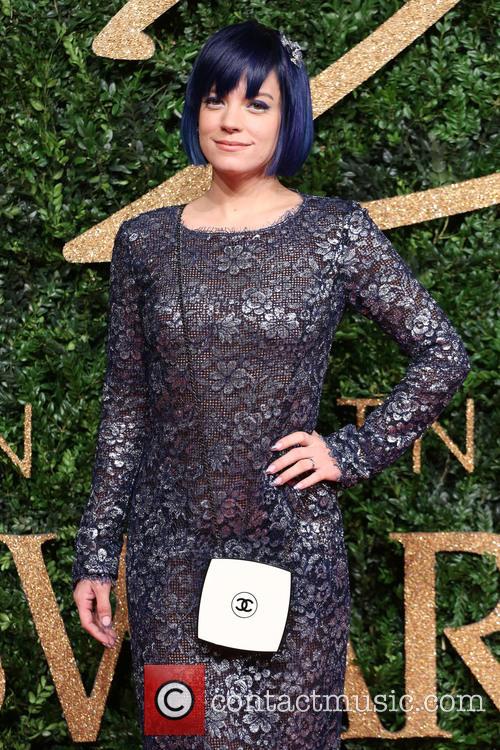 Allen first tweeted a picture showing Murdoch and Farage talking, with the caption: “I'm at a garden party. Hope I'm not sitting next to Voldemort or Fromage. I might be sick.” She then shared a video of Murdoch, Farage and Fox all sitting eating together.

“Liam fox , Murdoch and Farage , breaking bread here,” she captioned the video, in which she can also be heard calling the trio ‘wankers’. The singer then retweeted another user who had commented: “Nigel Farage, opponent of political & media elites, must really be hating this lunch.”

I'm at a garden party. Hope I'm not sitting next to Voldemort or Fromage. I might be sick pic.twitter.com/ILsuu6kDPM

Allen also shared a video of Murdoch walking with wife Jerry Hall which she captioned ‘Nappy change.’ When asked by a tweeter why she was attending the same party as Murdoch, Fox and Farage, Allen said: “Funnily enough they didn't send a copy of the guest list along with the invite.”

Later when contacted by The Guardian, Allen said that both Fox and Farage had made a beeline for Murdoch as the guests were choosing their seats to make sure they were seated near him. She also said she was warned by other guests at the party that she should not post pictures or videos of Murdoch.

“His publications have been making money from publishing pictures of me, though,” she said. “The interesting thing is that these people will go on about how much they hate each other but they are willing to sit and break bread with each other. It just shows that it is a game, it is not real.”