The pop star let her views regarding the FIFA boss be known at Glastonbury Festival. 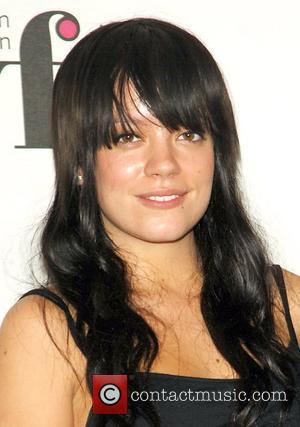 Younger revellers at this year's Glastonbury Festival may have needed to cover their ears during Lily Allen's set yesterday afternoon. The pop singer, who is known for her occasionally foul language, launched into a profanity-filled tirade against FIFA boss Sepp Blatter.

"The next song is dedicated to possibly one of, actually not, the most corrupt, annoyingly corrupt, person there is in the world, Sepp f***ng Blatter, you c***," she said before kicking off her hit 'F**k You.' Many in the crowd joined Lily in her anger towards the football supremo and were heard cheering loudly.

The 29 year-old singer crowned her musical comeback with a slot on the prestigious Pyramid Stage on the first day of the British festival. Appearing in a satin pink and white ball gown with a pint of beer in her hand, the 'Hard Out Here' star performed on a stage adorned with enormous baby milk bottles.

Her unusual stage design was a nod to her newfound role as a mother to daughters Ethel, two, and Marnie, 17 months, who watched from the wings.

Allen's appearance was delayed by 30 minutes due to the widely publicised thunderstorm over Worthy Farm but she made the most of her shortened set by playing all of her hits. Kicking off with her debut album's hit 'LDN', Lily proved her worth as a popstar with clout, commanding the audience through several singalong moments.

"Thank f**k for that, the rain stopped! Just in time. I've got to be quick 'cos our set time has been cut short," she reportedly said as she took to the stage. She even managed to make the crowd laugh on several occasions, saying "Is my camel toe like really prevalent?" and later apologising for having "a massive wedgie."

It wasn't all jokes and swearing though: Lily even managed to squeeze in a tribute to her husband, Sam Cooper. "Last time I played here was five years ago and that was the night I got together with my husband. Five years later he's here with my two beautiful babies. I love y'all so much." 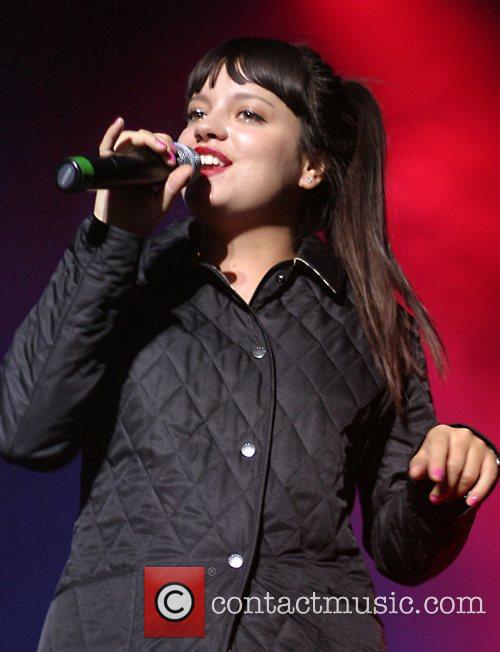