Lily Allen was thrilled when she got a Lego plane for her 27th birthday yesterday (02.05.12) 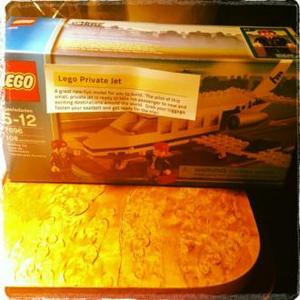 Lily Allen got a Lego plane for her birthday.

The 'Not Fair' singer turned 27 yesterday (02.05.12) and was thrilled when she received a box of The Tiny plastic bricks instructing her how to build a replica private jet.

She tweeted yesterday: ''This 'Backstage at the soap awards' thing has been the highlight of my birthday. That and the private jet obvs (sic)''

Her post was accompanied by a picture of the toy's box.

Just hours before getting her gift, Lily - who has a five-month-old daughter, Ethel Mary, with husband Sam Cooper - was moaning she hadn't been given anything.

Her day also took a turn for the worse when someone asked her if she was still pregnant despite giving birth last year.

She wrote: ''And someone just asked me when my baby's due. Massive fail.''