Lily Allen Has Been Staying In A Top Hotel In London During The Capital's Fashion Week Amid Ongoing Rumours About The State Of Her Marriage. 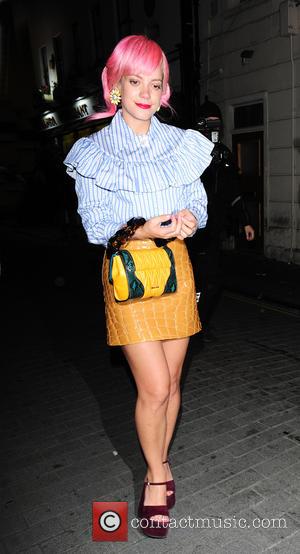 Editors at British newspaper The Sun on Sunday revealed the singer has been staying in Claridge's, a five-star hotel in Mayfair, for more than a week.

Lily was spotted at several parties during London Fashion Week, with her husband Sam Cooper nowhere to be seen, and she has been living in a $1,600 (£1,000)-a-night suite for the event.

A source tells The Sun on Sunday, "It seems strange that Lily would live out of a suitcase in a hotel, no matter how luxurious, rather than stay at her family home or in the London flat she still owns.

"Some of the hotel staff have been grumbling about her stay because she comes and goes at all hours and is always trying to sneak out the side doors."

Friends of the singer are also reportedly concerned by her out-of-control spending habit, as she allegedly spends more than $48,000 (£30,000) every month on designer clothes.

Lily is recording her new album, and has been rarely spotted with her husband and two daughters in recent months.

Her erratic behaviour has been widely reported since her mystery collapse at Glastonbury Festival in June this year (15), where she was treated by paramedics before carrying on partying. She shared photos of drugs on Snapchat in August (15), and was snapped fleeing a party earlier this month (Sep15) after reportedly having a bust-up with her ex-boyfriend Seb Chew.