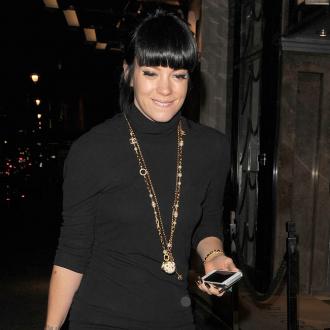 The 28-year-old singer believes the 'Keeping Up With The Kardashians' star and her fiance Kanye West, who front the latest edition of the prestigious magazine, will boost sales of the publication.

Talking at the Vogue Festival, she said: ''I think that all industries that can be taken advantage of by the internet now, there is no time for irony, it is like 'what the f**k is going to sell?' That is it.

''And I bet you it is the biggest selling cover they have had in five years.''

Lily is a fan of Kanye's and after making her pop comeback following a four-year hiatus she named her new album 'Sheezus' - a parody of the rapper's latest album 'Yeezus' - as a tribute to him.

She previously said: ''With all my albums, I've just wanted to have a laugh. But yes, 'Sheezus', it's bold. But it's not taking the p**s out of Kanye at all.

''I've got nothing but respect for him. I love him ... So it is a little homage to him. I hope he doesn't think it's a diss. I'd be horrified if he thought that.''