Lily Allen has defended her 'Hard Out There' music video against racism claims. 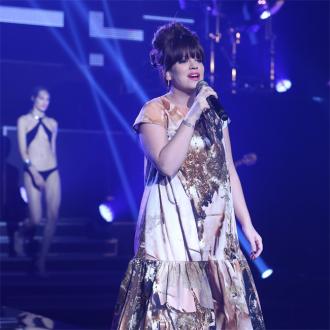 Lily Allen has defended her 'Hard Out There' music video.

The 28-year-old singer has hit out at accusations of racism in her new raunchy video - which sees a group of black women jiggling their bottoms - by saying she chose her backing dancers through their talent, not based on their skin colour.

Taking to Twitter yesterday (13.11.13), she said: ''If anyone thinks for a second that I requested specific ethnicities for the video, they're wrong.

''If anyone thinks that after asking the girls to audition, I was going to send any of them away because of the colour of their skin, they're wrong.''

She added: ''I'm not going to apologise because I think that would imply that I'm guilty of something, but I promise you this, in no way do I feel superior to anyone, except paedophiles, rapists murderers etc., and I would not only be surprised but deeply saddened if I thought anyone came away from that video feeling taken advantage of,or compromised in any way.''

The video for the catchy track sees Lily - who has had two children, 23 month old Ethel and 10-month-old Marnie in recent years - undergo liposuction at the behest of her manager in order to look thin and glamorous after her four-year hiatus from the music scene.

Elsewhere in the clip, the singer mocks distasteful music and also appears to poke fun at singer Miley Cyrus as she attempts to twerk.