British Pop Star Lily Allen Has Backed Calls For An Investigation Into Policing In London Four Years On From The Riots Which Blighted The City In 2011. 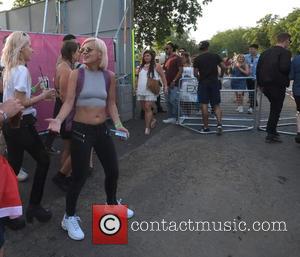 Mark Duggan was shot dead by officers in the British capital in 2011 in what was widely seen as the catalyst for riots which spread across London and other cities in the following weeks, and his aunt has now urged police bosses to launch a probe into Operation Trident, an initiative which targets gun crime in black communities.

Smile star Allen has thrown her support behind Carole Duggan's calls for a public inquiry, and urged police bosses to be more accountable.

She shared an article about Duggan's campaign on her Instagram.com page and added in a caption, "Carole Duggan, Aunt of Mark Duggan believes we need a public enquiry (sic) into Operation Trident. I back her, we need to drive corruption out of our police/press/government, abuse of power has to stop, equality for everyone #blacklivesmatter #alllivesmatter #justicematters or peace cannot exist."