Lily Allen has joked she's going saving the balloons from her 'Hard Out Here' video - which spelled a risque message - for her daughter's birthday. 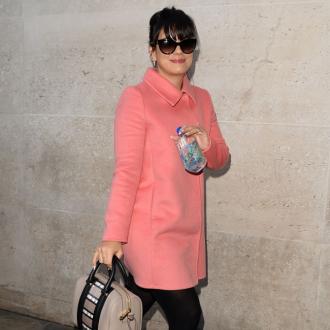 Lily Allen has joked she's going saving the balloons from her 'Hard Out Here' video for her daughter's birthday.

The pop star's eldest daughter, Ethel, turns two next week and she says she's going to re-use the balloons which appear in the promo for her new single - which spell out ''Lily Allen has a baggy p***y'' - at her party.

Speaking on British station Radio 1, she said: ''We're saving the balloons for my daughter's second birthday next Monday. We're having a party, a Ben and Holly party. They're like a little fairy and an elf and she's obsessed with them.

''My husband was in a pub and this woman came up to him - I think she'd been drinking, because she was in a pub - and she was like, 'Did you now she had a [pause] - as in the balloons?' And Sam was just like, 'What? Please just go away.' ''

The balloon message is a reference to Robin Thicke's controversial 'Blurred Lines' video, which saw him appear fully clothed while a group of naked women danced around him, with ''Robin Thicke has a big d**k'' daubed on a wall behind him.

While Lily - who also has another daughter, 10-month-old Marnie, with husband Sam Cooper - is not sure about the words to 'Blurred Lines', which some have interpreted as having a misogynist edge, she claims she is a fan.

She added: ''I think there are certain lyrics I take offence to, but I think the song's quite good.''