Lily Allen Pipped To The No. 1 Spot By Martin Garrix' Debut

The Dutch DJ scored his first No. 1 at the first time of asking 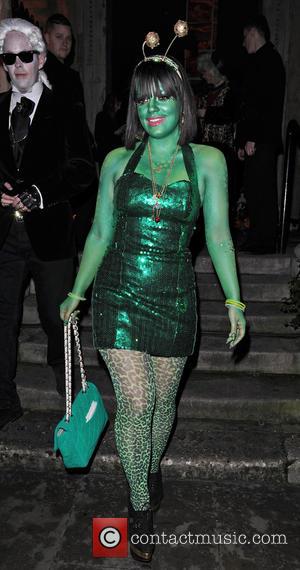 Lily Allen couldn't secure her place at the top of the UK Singles Chart this week, as her cover of Keane's 'Somewhere Only We Know' was pipped to the podium by a school kid from The Netherlands. Garrix managed to secure the top spot ahead of Allen with his dancefloor anthem 'Animals,' beating Allen's holiday number to the top of the chart.

Allen's cover, which serves as the soundtrack for the much-applauded John Lewis Christmas advert, was unable to earn the singer her first number one since returning to music a few weeks ago. Still, the success of the single and the advert have gone on to spark renewed interest in the Keane original, which has returned to the chart at No. 29.

Garrix could have had the honour of being the youngest artist to reach No. 1 this year were it not for the infectious 'Royals' by 16-year-old Lorde reaching the top spot three week ago. Regardless, reaching the No. 1 spot overseas must be a pretty extraordinary feeling, especially when you're just 17! Speaking to OfficialCharts.com, the Dutch wunderkind said, “I didn't expect this success at all! I made Animals as a club record and seeing it chart so high worldwide and especially a Number 1 in the UK was really beyond my expectations. I will definitely celebrate this with my parents, friends and at school!"

Who placed where in the Album Chart?

Finishing up the top five was Ellie Goulding at No. 3, with the official song of Children in Need, 'How Long Will I Love You?,' unable to knock either Allen or Garrix from the top spot. Former chart-topper 'The Monster' by Eminem and featuring Rihanna falls down to No. 4 and at No. 5, Little Mix wrap things up with 'Move.'

Check out Goulding's 'How Long Will I Love You' Eminem remains in the top five