Does Lily Allen Have A New Album On The Way?

Lily Allen has hinted she has a new album on the way after revealing on twitter than she has been in the studio with producer and previous collaborator Greg Kurstin. 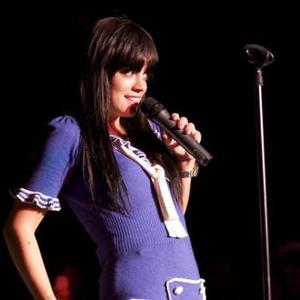 Lily Allen has hinted she has a new album on the way.

The 'Not Fair' hitmaker is coming out of retirement to kick-start her music career again after recently focusing on her family life with husband Sam Cooper and their seven-month-old daughter Ethel at their countryside home in Gloucestershire.

The 27-year-old singer - who last performed in public in August 2010, nine months after the release of her last single - has returned to the recording studio to work with producer and previous collaborator Greg Kurstin.

She wrote on twitter: ''you will be pleased to know that i am currently in the f**king studio with @GregKurstin

''no big deal really, im just throwing s**t at the wall and seeing if anything sticks.(sic)''

Despite previously announcing her retirement, Lily admitted earlier this year that she would be ''honoured'' to play at a tribute concert for the late singer Amy Winehouse, who died of alcohol poisoning aged 27 in July 2011.