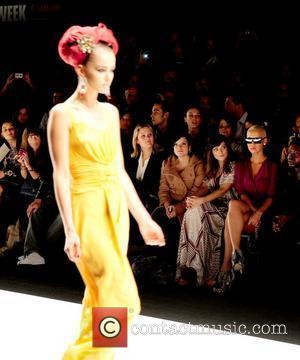 Pregnant singer Lily Allen is feeling THE FEAR during Paris Fashion Week after officials warned France is at high risk of a terrorist attack.
The Smile hitmaker headed to the French capital last week (ends03Oct10) for the annual fashion shows but became worried when she learned that British Foreign Office officials had urged visitors to the country to be cautious.
In a series of posts on her Twitter.com page, she writes, "Oh God, Foreign Office have put people travelling to France on high terror alert!!! I'm in Paris already. Scared being here but scared to get on the Eurostar home."
And Allen admits she may have reason to be worried, adding, "Come to think of it the day before yesterday there was this weird guy balancing a small bottle of something on his knee. He was sat next to me at a taxi rank, I thought he was being strange so I snuck a picture. I hope I'm just being a mad paranoid pregnant lady and that he wasn't a terrorist about to unleash deathly virus."