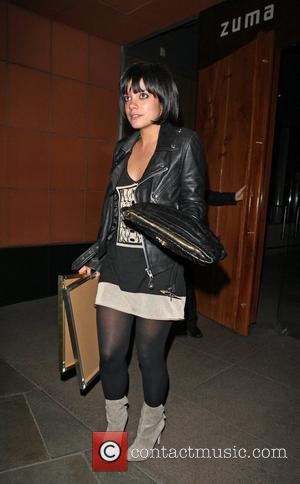 British pop star Lily Allen has denied she trashed a hotel room in Paris, France this month (May09) - blaming her band for causing all the damage.
The Smile hitmaker was at the centre of allegations she wrecked her room at a Parisian hotel during a boozy day off - even committing the ultimate rock 'n roll crime of tossing her TV out of the window.
But Allen is adamant recent tabloid reports are wrong - insisting she didn't take part in the action as she was staying in a different hotel at the time.
She tells British radio station Capital Fm, "They did a pretty good job of (the hotel room) in Paris. TVs out of the window and everything, but I wasnt there. I wasnt involved.
"I was in a different hotel. It was a day off. When I have a day off and youre in a European city the band tends to be a write off. I didnt see them for that whole day, I didnt want to. They sounded like they were in a state."