Nicki Minaj says Lil Wayne was like a ''southern gentleman'' who refused to ''touch'' her without permission when they filmed her video for 'High School'. 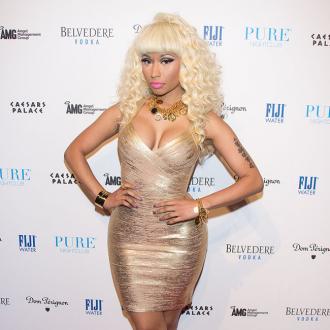 The pair share an intimate moment in the clip for 'High School' - in which the 'American Idol' judge portrays a drug baron's girlfriend who plots to steal Wayne's characters jewels - and the 'Heartbeats' singer was surprised at how much of a ''gentleman'' her friend was during filming.

''But if I didn't tell him 'Yes, you can do this' or 'touch this,' he refused to do it, like he's a southern gentleman, which people don't realise.''

Nicki admitted filming the video was ''weird'' because of her relationship with Wayne, but she is thrilled with the finished film and thinks her co-star looks like a ''sexy'' piece of ''art''.

She added on 'MTV First: Nicki Minaj': ''Not only is he my boss, but he's also like my brother. It's very weird because I'm just used to Wayne making fun of me, and all of Young Money boys making fun of me, so every time they yelled 'Cut!' I was just being picked on. It was completely them being bullies to me.

''But it's still like Wayne is still so sexy and so I texted Wayne and I was like, you're going to have all the chicks back on you, know what I'm saying? Because when this video comes out, he looks like art, he looks like a piece of art all tatted up, all sexy, black and beautiful.''