Lil Wayne's 12-year-old daughter, Reginae, wants to follow in his footsteps and enter the music business. 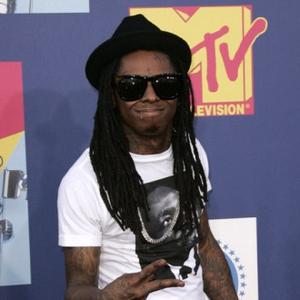 Lil Wayne's daughter is set to enter the music business.

The '6'7' rapper is hoping his 12-year-old, Reginae, will follow in the footsteps of Willow Smith - son of Hollywood actor and former rapper Will, who recently scored a huge hit with 'Whip My Hair' - and head for the charts.

Wayne's manager Cortez Bryant told website Celebrity Access: "If she says she wants to sing, I know that Wayne is going to do everything in his power and help her fulfil that dream, and I'm going to be right there to nurture it.

"Reginae is just a star. She wants to be singer, an actress, she does it all. A great personality. She takes after him.

It is not known whether the rapper has given any coaching to his young daughter, or whether she has yet recorded any songs for release.

Reginae is the first of Wayne's four children, born when he was just 15, to Antonia 'Toya' Carter, whom he was married to between 2004 and 2006.

Wayne, 28 - real name Dwayne Carter Jr. - has three other three children, who were all born since 2008: Dwayne III, whose mother is unknown, Lennox Samuel Ari, born to actress Lauren London, and Neal, with singer Nivea.

Wayne has, meanwhile, recently been released after eight months in a New York prison on weapons charges and said his next release will prove his lyrics are "better than everybody else".