Lil Wayne Opens Up On Seizures – “No Warning, No Nothing”

The rapper talks about what happens during his seizures... sort of

Lil Wayne’s life has been plunged into doubt on numerous occasions since his seizures started. They’ve landed him in hospital, and are said to due to his penchant for a recreational use of medicine.

But Lil Wayne is the one having the seizures, and he’s opened up on them to MTV News correspondent Sway Calloway. "No warning, no nothing, I don't feel sick. I get headaches real bad. And the headaches? I didn't get no headaches or nothing," the rapper explained, adding that he has no memory of what happens, and has to rely on family and friends to fill in the details for him. "I told them the other day, 'Y'all can tell me right now that y'all was lying, like, 'You know what? We lyin' ain't nothin,' and I'd have to believe them because I don't know," admitted the MC. "I go to sleep and wake up in the hospital. I don't feel anything. I just hope it stops happening."

Wheezy has opened up on his condition before. "The thing is, man, the bad news is I'm an epileptic, so I'm prone to seizures," he told Los Angeles' Power 106 DJ Felli Fel during an interview in March. "This isn't my first, second, third, fourth, fifth, sixth, seventh seizure. I've had a bunch of seizures; y'all just never hear about it.” With all these issues, Wayne has been thinking of quitting the rap game… for a career in sport, namely skating. 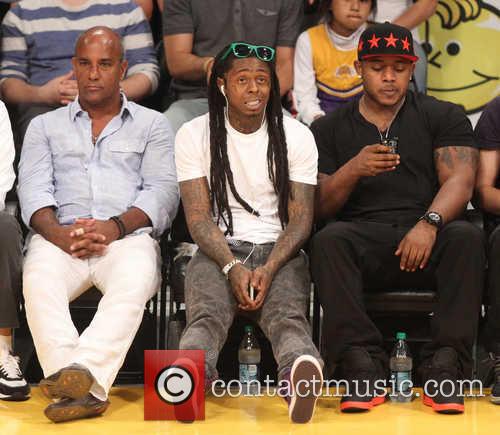 Lil Wayne takes in a game with his buddies