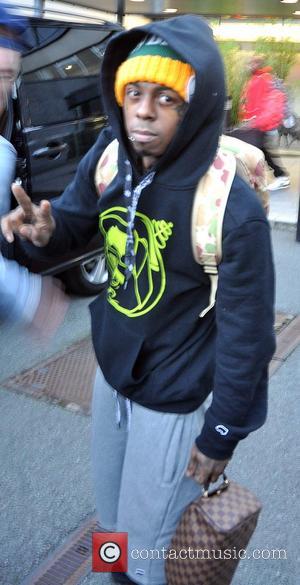 Lil Wayne is not happy with the longtime manager of Justin Bieber, Scooter Braun, after he allegedly made negative comments about Lil Twist.

The 31 year-old rapper seemed to be sticking up for his fellow Young Money rapper as he calls out Scooter in a video that was released on DJ Scoop Doo's website Bread Over Be.

But what was the root of Lil Wayne's anger?

Lil Twist used to be best friends with Justin Bieber, but the pair have had several run-ins with the law, and as a result of this, late last year Twist was reportedly kicked out of Bieber's Calabasas, California, home.

The Young Money rapper has since been looked upon as a bad influence to the Canadian megastar, whose own legal woes have been a hot topic most of this year, but it is obvious Lil Wayne wants to put a stop to this.

The video, shot on Sunday (May 26th), shows Lil Twist and Young Weezy stepping off a private jet that has just returned to the US from the Cannes Film Festival.

While looking directly into the camera, with Lil Twist by his side, Wayne says, "I heard this bitchass n-a Scooter talkin' sh- about my little brother."

At the end of the 56-sceond clip Wayne ruthlessly states: "F- you Scooter!"

Since this video went viral, Bieber hasn't directly addressed Wayne's rant but he did share a photograph of himself and Scooter hugging each other on Instagram. The caption simply read, "All love," which indicates Bieber is sticking with Scooter despite being close with both Lily Wayne and Lil Twist.